Ramadan is one of the most important times in the life of a Muslim. It is a month of fasting, generosity, spirituality and good deeds.

How will you prepare for it?

At the end of the course you will be ready to welcome Ramadan with the honour it deserves; and you will be transformed by the experience!

Shaikh Ahmad Kutty was educated in the traditional Islamic Sciences at Islamiyya College, Kerala, and at the Islamic University of Madina Munawwarah. He received his ijazahs (licences/designations) as an ‘a’lim and faqih from both India and Saudi Arabia. He earned his M.A from the University of Toronto and pursued doctoral studies at McGill University, Montreal.Over the past 30 years, he has been Director of the Islamic Center of Toronto, Director of the Islamic Foundation, Toronto, Canada, and has served on the Fiqh Council of North America.Currently, Ahmad Kutty is resident scholar and senior lecturer at the Islamic Institute of Toronto. His courses include Quran & Hadith Sciences, Islamic Theology & Jurisprudence and Islamic Ethics & Spirituality among others. His fatwas (Islamic rulings) have been translated into several languages and appear on various international sites including www.askthescholar.com www.onislam.net, islamicity.com, islamophile.org, infad.usim.edu.my, and islam.ca. He actively participates in interfaith seminars, symposia and serves as an expert/resource in cases involving Islamic Law and Theology. Ahmad Kutty has been listed among The 500 Most Influential Muslims in the World (ed. by Professor John Esposito & Professor Ibrahim Kalin of Georgetown University); it can be accessed at: http://www.rissc.jo/muslim500ve1L.pdf) 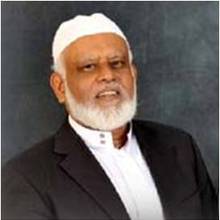